In Czech Philharmonic
since September 1986 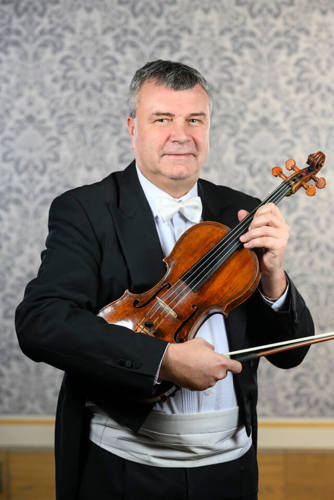 He studied with renown violinist Josef Micka, continued at the Prague Conservatory in Jiří Hnyk’s class and in 1991 graduated from the Academy of Performing Arts in Prague, where he studied viola with Professor Jaroslav Motlík. He played in the Prague Symphony Orchestra, the Prague Radio Symphony Orchestra and chamber ensembles Musica Bohemica and Prague Madrigalists. He later joined the Czech Philharmonic, where his father Jan Šimon (1913–1974) used to play the cello.

In his free time, he enjoys skiing and playing tennis.