In Czech Philharmonic
since November 1986 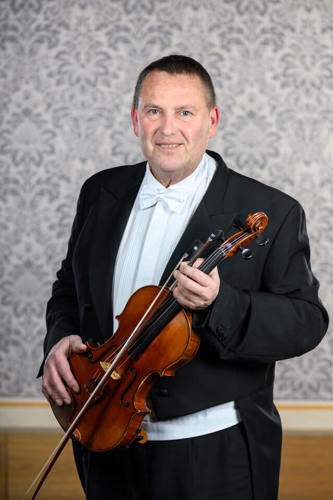 He studied at the Prague Conservatory with Professor Lubomír Malý. His interest in chamber music inspired him to put together the Czech Philharmonic Collegium, which has been performing both in the Czech Republic and abroad for 25 years. The ensemble goes on tour to Japan every other year and plays in the same concert venues as the Czech Philharmonic. For ten years, it has been the main guest of the Festival Berlin-Prag with six performances every year. The ensemble has collaborated with top Czech soloists including harpist Jana Boušková, soprano Olga Jelínková (a soloist of the Saarbrucken Opera), violinist Václav Hudeček, guitarist Lubomír Brabec, violist Jitka Hosprová, soprano Eva Urbanová and others.

He has participated on a number of important recordings for Supraphon, Sony, Venkow, Arc Music, Waldmann and Artesmon. For the Czech Radio, he has premiered compositions by Jan Novák, Zdeněk Lukáš and Ivan Kurz. Together with the popular Czech band Čechomor, he took part in recording the multi-platinum CD Proměny.