In Czech Philharmonic
since January 1990 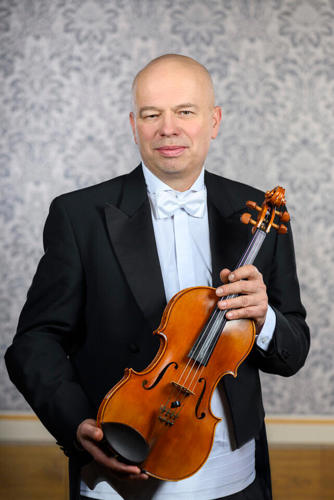 He studied with Professor Jindřiška Holotová (violin) and Professor Jaroslav Motlík (viola) at the Plzeň Conservatory and later continued at the Academy of Performing Arts in Prague with Professor Lubomír Malý (viola). On his graduation, he received the dean’s award for performance of a contemporary composition.

Before joining the Czech Philharmonic, he played in the Orchestra of the State Opera Prague and the Prague Radio Symphony Orchestra, where he was the associate principal violist. With the chamber ensemble Musica Lucis Praga he regularly performs at a music festival in Šumava (South Bohemia).