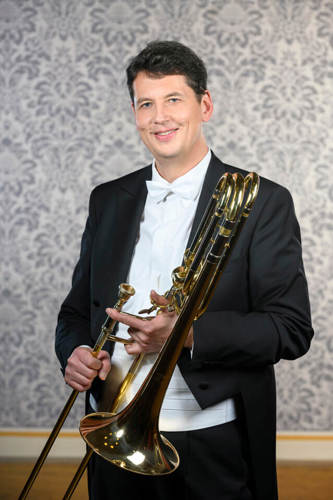 He studied at the Prague Conservatory with Josef Stádník, Zdeněk Pulec and Jaromír Havel, later on at the Academy of Performing Arts in Prague with Professor Miloslav Hejda. He joined the Smetana Theatre Orchestra (now the State Opera) in 1986 and was a member of the Prague Radio Symphony Orchestra in 1988–1997. He has been collaborating with various chamber ensembles for a long time. With the Prague Brass Ensemble, he played many concerts in Europe, Japan and South Korea and has recorded a number of CDs.

He loves playing music which has inner strength and is full of energy, music which enables the orchestra to communicate and the audience to forget everything outside the concert hall. In his free time, he listens to musicians who made it to the top in their fields across all music genres.