“The long, slow attrition of the Covid-19 pandemic has in some ways been the hardest to endure… this great orchestra’s instinct to make music, however, is irrepressible.”

On 4 January 1896, the 127-year-old Czech Philharmonic gave its first concert in the famed Rudolfinum Hall in the heart of Prague. The concert was conducted by Dvořák and the programme featured the world première of his Biblical Songs, Nos. 1-5. The Czech Philharmonic has been a constant champion of Czech composers and in tandem with the special relationship it has to the music of Brahms and Tchaikovsky – both friends of Dvořák - and to Mahler who in 1908 conducted the Orchestra in the world première of his Symphony No. 7, the Orchestra is renowned for its definitive interpretations.

Following the culmination of The Tchaikovsky Project in 2019 with Chief Conductor and Music Director Semyon Bychkov, Bychkov and the Czech Philharmonic have turned their focus to the symphonic works of Mahler. Concerts in Prague and abroad have resulted in recordings by Czech Phil Media – the Orchestra’s own state-of-the-art producing house – and this March the release of Mahler’s Fourth Symphony launched the start of a new relationship with Pentatone. Over this season, Bychkov and the Czech Philharmonic will be performing Mahler’s Sixth and Seventh Symphonies with concerts at home in Prague, as well as on tour in Paris, Vienna and Milan, and at the Edinburgh International, San Sebastián and Gewandhaus Mahler Festivals.

2022-23 season is Bychkov’s fifth as Chief Conductor and Music Director of the Czech Philharmonic during which he will also celebrate his 70th birthday with three concerts featuring the fifth symphonies of Shostakovich and Beethoven at the end of November. Bychkov will open the season with music by Beethoven and Strauss, and as part of his subscription concerts will give the world premières of works by Detlev Glanert and Thierry Escaich, two of the fourteen commissions that he initiated at the start of his tenure. The Czech Philharmonic’s 127th season will also see Principal Guest Conductors Jakub Hrůša and Tomáš Netopil conduct subscription concerts featuring music from well-known and lesser-known Czech composers including Janáček, Dvořák, Martinů, Suk, Krček and Štědroň; Sir Simon Rattle and Magdalena Kožená appear as the Orchestra’s 2022-23 Artists-in-Residence; and international guest conductors including Sir John Eliot Gardiner, Daniel Harding, Giovanni Antonini, Manfred Honeck, Juanjo Mena and Maxim Emelyanychev make return and debut engagements.

The Czech Philharmonic’s extraordinary and proud history reflects both its location at the very heart of Europe and the Czech Republic’s turbulent political history, for which Smetana’s Má vlast (My Homeland) has become a potent symbol. The Orchestra gave its first full rendition of Má vlast in a brewery in Smíchov in 1901; in 1925 under Chief Conductor Václav Talich, Má vlast was the Orchestra’s first live broadcast and, five years later, the first work that the Orchestra committed to disc. During the Nazi occupation, when Goebbels demanded that the Orchestra perform in Berlin and Dresden, Talich programmed Má vlast as an act of defiance; while in 1945 Rafael Kubelík conducted the work as a ‘concert of thanks’ for the newly liberated Czechoslovakia. 45 years later, Má vlast was Kubelík’s choice to mark Czechoslovakia’s first free elections and in November 2020, Semyon Bychkov and the Czech Philharmonic marked the 30th anniversary of this historic moment with a performance of the full cycle, launching a new annual Velvet Revolution concert series which in 2021 was conducted by Jakub Hrůša, and in 2022 will be conducted by Sir Simon Rattle.

Throughout the Czech Philharmonic’s history, two features have remained at its core: its championing of Czech composers and its belief in music’s power to change lives. Defined from its inauguration as ‘an organisation for the enhancement of musical art in Prague, and a pension organisation for the members of the National Theatre Orchestra in Prague, its widows and orphans, the proceeds from the four concerts that it performed each year helped to support members of the orchestra who could no longer play and the immediate family of deceased musicians. As early as the 1920’s, Václav
Czech Philharmonic/Biography: 2
Talich (Chief Conductor 1919-1941) pioneered concerts for workers, young people and other voluntary organisations including the Red Cross, the Czechoslovak Sokol and the Union of Slavic Women and, in 1923 gave three benefit concerts for Russian, Austrian and German players including members of the Vienna and Berlin Philharmonic Orchestras.

The philosophy continues today and is equally vibrant. Alongside the Czech Philharmonic’s Orchestral Academy and Jiří Bělohlávek Prize for young musicians, a comprehensive education strategy engages with more than 400 schools bringing all ages to the Rudolfinum – some travelling as many as four hours - to hear concerts and participate in masterclasses. An inspirational music and song programme led by singer Ida Kelarová for the extensive Romany communities within the Czech Republic and Slovakia has helped many socially excluded families to find a voice. In addition to a newly launched international education exchange with the Royal Academy of Music in London, over lockdown the Orchestra gave seven benefit concerts which were live streamed in 4K to international audiences, raising funds for hospitals, charities, and healthcare professionals.

An early champion of Martinů’s music, the Orchestra premièred his Czech Rhapsody in 1919 and, its detailed inventory of Czech music, undertaken by Václav Talich included the world premières of Martinů’s Half Time (1924), Janáček’s Sinfonietta (1926) and the Prague première of Janáček’s Taras Bulba (1924). Rafael Kubelík was also an advocate of Martinů’s music and premièred Field Mass (1946) and Symphony No. 5 (1947), while Karel Ančerl conducted the première of Martinů’s Symphony No. 6 Fantaisies symphoniques (1956). Fantaisies symphoniques has also featured twice in the Orchestra’s programmes at the BBC Proms, first in 1969 under Chief Conductor Václav Neumann and again in 2010 under Sir John Eliot Gardiner.

Prague has long been favoured by composers, not least Mozart who, following performances of Le Nozze di Figaro and Don Giovanni, travelled the 250km journey from Vienna to première La Clemenza di Tito in 1791. Five years later, Beethoven made two trips to Prague, and returned again in 1798 to give the première of his Piano Concerto No. 1. His Seventh Symphony was composed in the spa town of Teplitz (now Teplice). Mahler’s ties ran even deeper. Born in the Bohemian village of Kaliště, now part of the Czech Republic, he was 23 when he conducted the Royal Municipal Theatre in Moravia and first came to Prague to conduct the Neues Deutsches Theatre before giving the world première of his Symphony No. 7 with the Czech Philharmonic.

Mahler, however, was not the first composer of reknown to conduct the Czech Philharmonic. Edward Grieg conducted the Orchestra in 1906; Stravinsky performed his Capriccio for Piano and Orchestra under Václav Talich in 1930; Leonard Bernstein conducted the European première of Aaron Copland’s Symphony No. 3 at the Prague Spring in 1947; Arthur Honegger conducted a concert of his own music in 1949; Darius Milhaud gave the première of his Music for Prague at the Prague Spring Festival in 1966; and, in 1996, Krzysztof Penderecki conducted the première of his Concerto for Clarinet and Chamber Orchestra.
Their names are joined by the many luminaries who have collaborated with the Orchestra over the years: Martha Argerich, Claudio Arrau, Evgeny Kissin, Erich Kleiber, Leonid Kogan, Erich Leinsdorf, Lovro von Matačić, Ivan Moravec, Yevgeny Mravinsky, David Oistrakh, Antonio Pedrotti, Sviatoslav Richter, Mstislav Rostropovich, Gennady Roszhdestvensky, Wolfgang Sawallisch, Wolfgang Schneiderhan, Georg Szell, Henryk Szeryng, Bruno Walter and Alexander Zemlinsky. 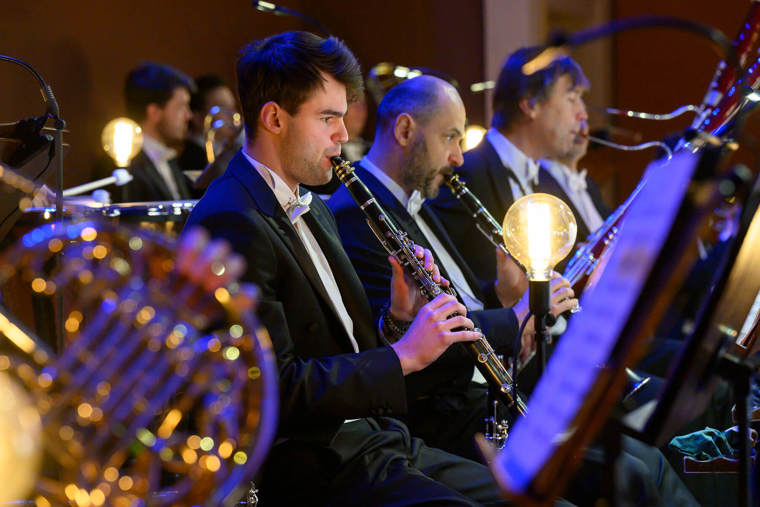 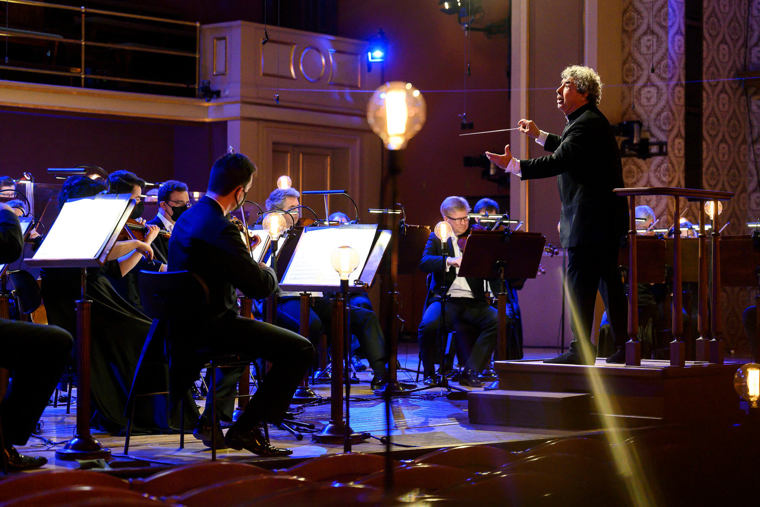 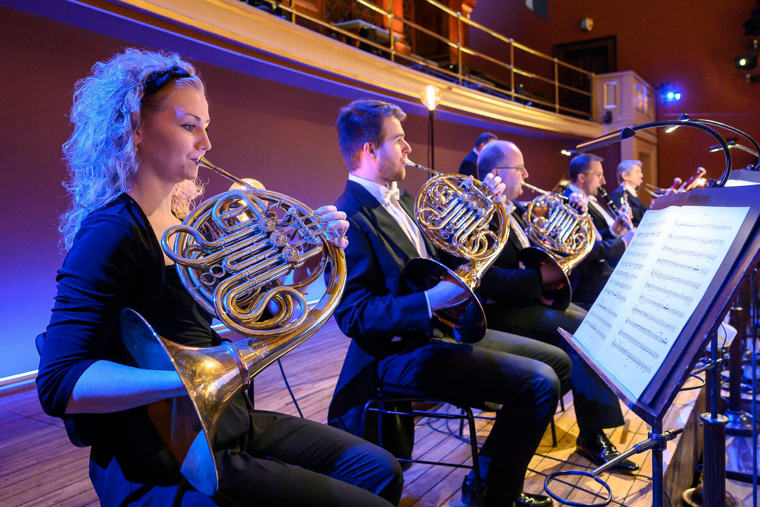 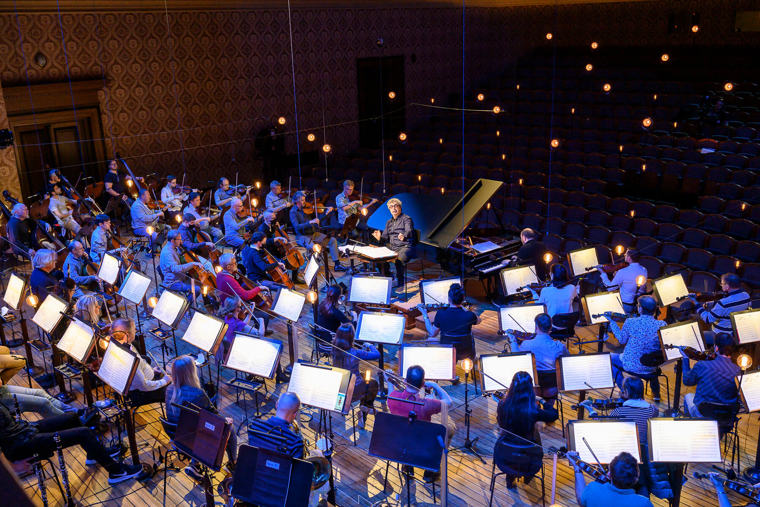 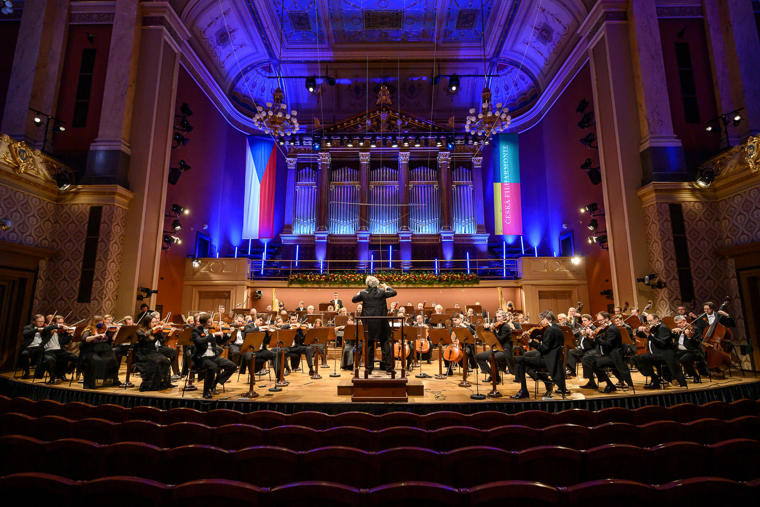 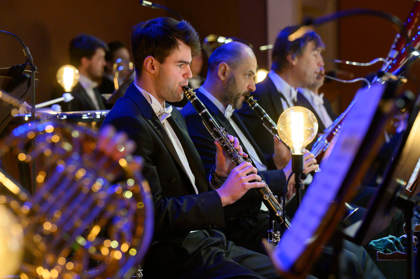 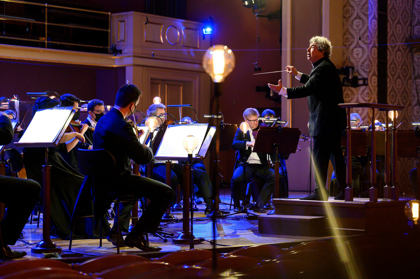 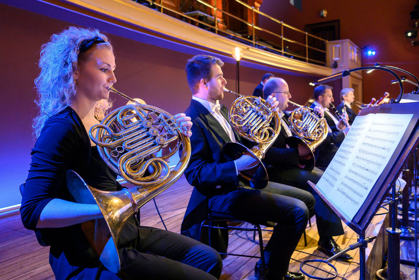 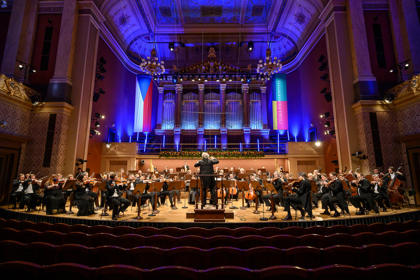