The performance of pianist Yuja Wang is accompanied by applause from the audience and superlatives by music critics. Her captivating stage presence and charisma have won the hearts of audiences around the world. We are delighted to welcome her as our Artist in Residence in the 2021/2022 season.

Through residencies, the Czech Philharmonic can develop a closer relationship and deeper collaboration with an exceptional world-renowned artist who can appear in various settings in front of the Prague audience, be it as a soloist with the orchestra in subscription or non-subscription concerts, as a chamber player in solo recitals or with other musicians. Last but not least, the Artist in Residence can join the orchestra on tour to perform in prestigious concert halls around the world. Yuja Wang will play three programmes in the Rudolfinum and we are hoping that you will enjoy them with us. Our audiences in Vienna, Hamburg and London will be pleased to hear that Yuja will join the orchestra on the spring European tour. 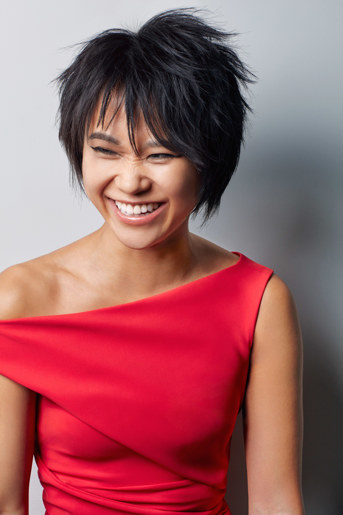 Critical superlatives and audience ovations have continuously followed Yuja Wang’s dazzling career. The Beijing-born pianist has always had a busy programme featuring recitals, concert series, season residencies, and extensive tours with some of the world’s most venerated ensembles and conductors.

In recent seasons, Yuja toured with the Berlin Philharmonic Orchestra and Kirill Petrenko, did a recital tour to South America, and played several concerts with the Munich Philharmonic and Valery Gergiev throughout Asia. Yuja was featured as an Artist in Residence at three of the world’s première venues: New York’s Carnegie Hall, with a season long “Perspectives” series; the Wiener Konzerthaus with a “Portrait” series; and also at the Luxembourg Philharmonie. In the spring of 2019, Yuja embarked on tour with the Los Angeles Philharmonic Orchestra to give the first-ever performances of John Adams’ newest piano concerto.

She has repeatedly collaborated with cellist Gautier Capuçon, including a vast US chamber tour. Yuja received advanced training in Canada and at Philadelphia’s Curtis Institute of Music under Gary Graffman. Her international breakthrough came in 2007 when she replaced Martha Argerich as a soloist with the Boston Symphony Orchestra. She later signed an exclusive contract with Deutsche Grammophon and has since established her place among the world’s leading artists, with a succession of critically acclaimed performances and recordings.

Yuja Wang in the Rudolfinum 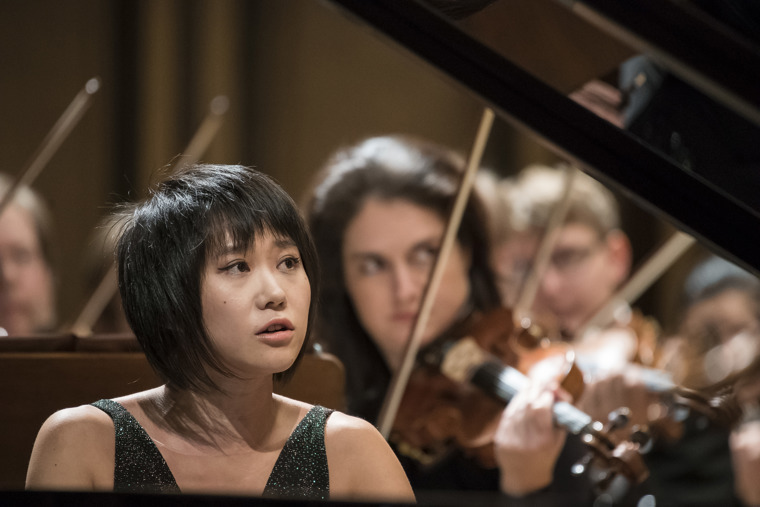 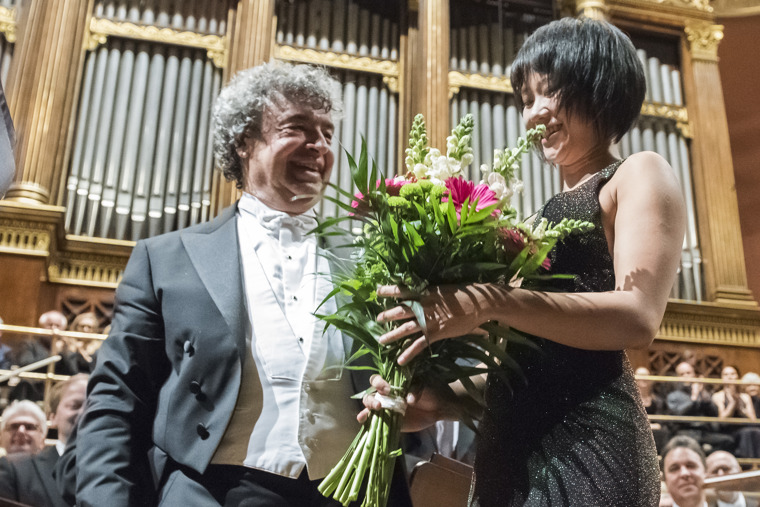 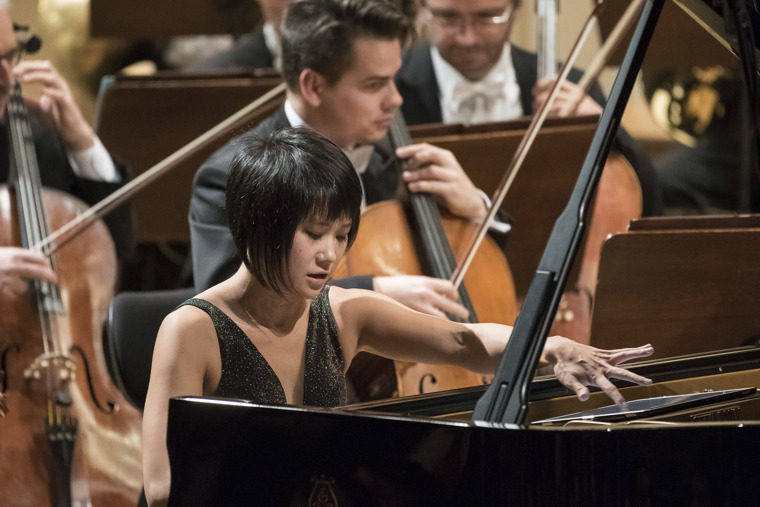 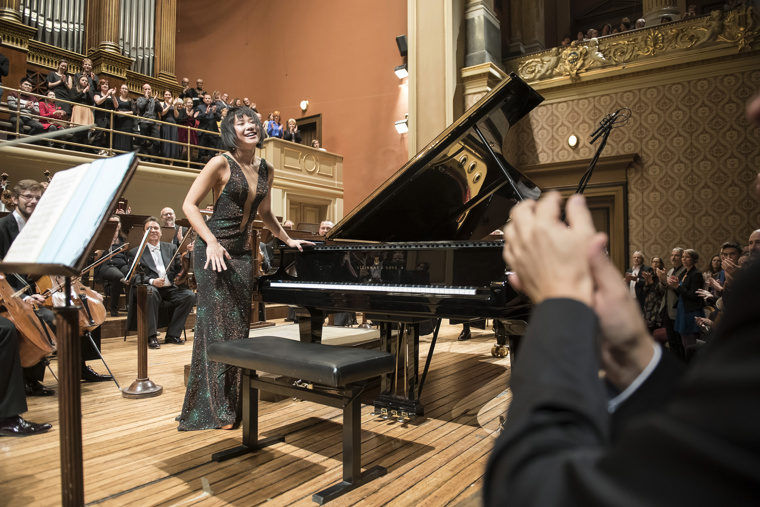 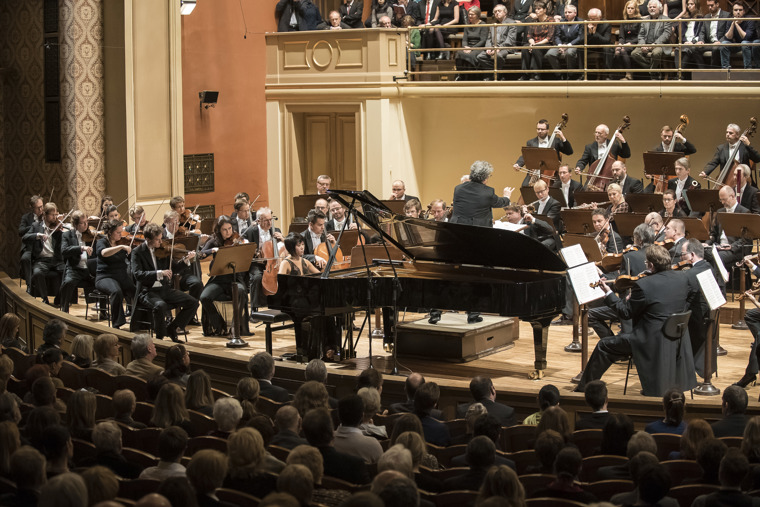 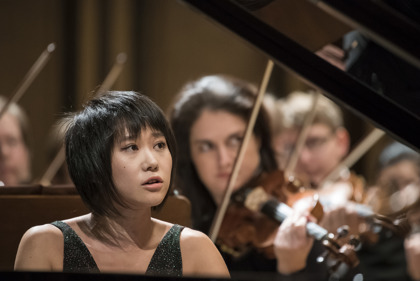 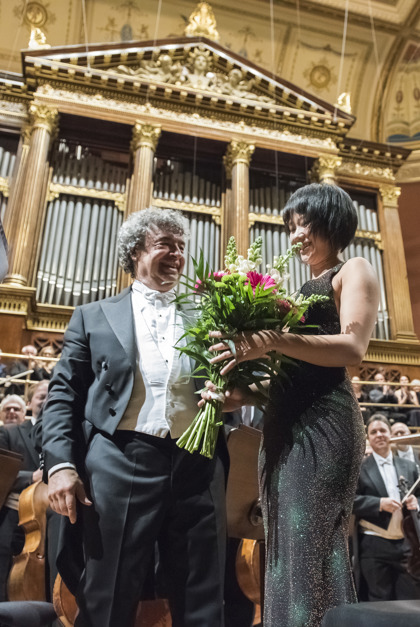 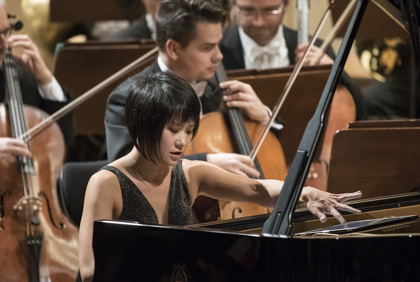 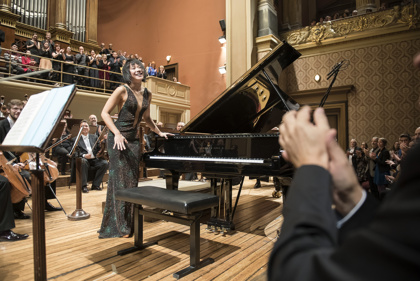 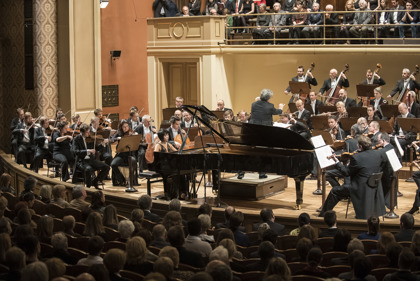