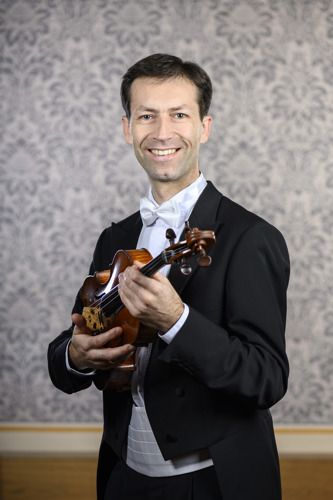 He studied with Professor Jiří Zíka at the Prague Conservatory and continued at the Academy of Performing Arts in Prague with Professor Milan Škampa. During his academy years, he also spent some time at Conservatoire National Supérieur de Musique de Paris with Professor Pierre Henri Xuéreb. He later participated in his masterclasses. Besides these, he took part in courses with Gérard Caussé and Shlomo Mintz in Paris.

He sometimes performs in chamber ensembles and as a soloist. In 2017 and 2018, he participated in the international festival of chamber music Lake George Music Festival (USA).

He has conducted a singing choir in Praha – Liboc for twenty years. In 2018, they performed the Prague premiere of Janáček’s cantata “Our Father” with tableau vivant. In his free time, he enjoys sports and dancing.