In Czech Philharmonic
since October 1995 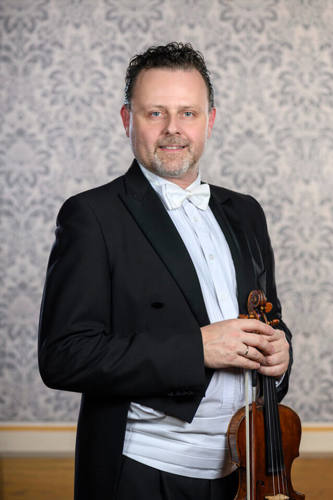 He has been playing the violin since the age of five, later studied at the P. J. Vejvanovský Conservatory in Kroměříž and got his first professional experience in the Bohuslav Martinů Philharmonic Orchestra in Zlín. He graduated from the Academy of Performing Arts in Prague in Professor Ivan Štraus’ class.

After successfully auditioning to the Czech Philharmonic, he joined the second violins. He is also a chamber musician and plays both classical and contemporary music. He performs with the Rudolphin Ensemble Prague string quintet and likes to arrange various pieces for the ensemble, covering all time periods and music styles. With the Czech Philharmonic Chamber Orchestra, he plays concerts both in the Czech Republic and abroad. For a number of years, he has also been taking part in the joint concerts of the Czech Philharmonic musicians and students from music schools which allow the young musicians to get their first experience in an orchestra on stage in the Rudolfinum.

He likes rock and pop music, cycling and tennis.