In Czech Philharmonic
since August 1980 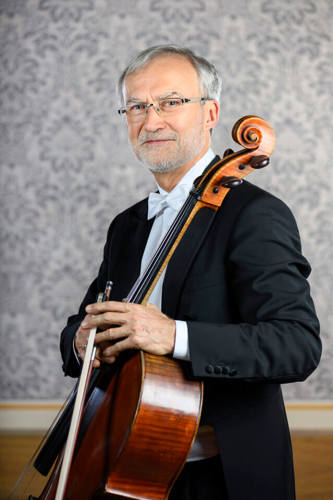 After grammar school, he studied the cello with Professor Josef Chuchro at the Prague Conservatory (1974–1978) and later at the Academy of performing Arts in Prague (1978–1982). In 1977, he became the laureate of the Conservatories Competition in Brno. In 1976–1980, he played in the Suk Chamber Orchestra and was a member of the ensemble Virtuosi di Basso between 2003 and 2015. He has been teaching the cello at the Ilja Hurník Music School since 2008.

He likes long-distance running, including marathon.