In Czech Philharmonic
since July 1980 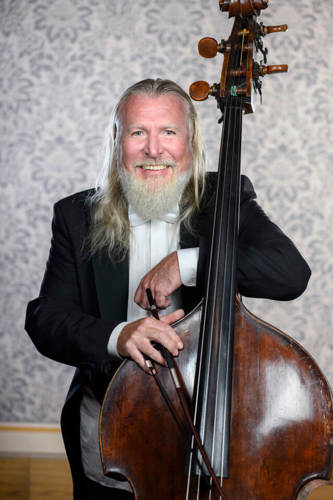 As a child, he began singing in the Kühn Children’s Choir with Markéta Kühnová and Professor Jiří Chvála. He initially played the recorder but following an injury switched to the double bass at the age of 13, first studying with Professor Jan Balcar. He then continued at the Prague Conservatory with Professor František Pošta, principal double bass player of the Czech Philharmonic. He finished in 1977 and was enrolled at the Academy of Performing Arts in Prague, where he studied in the class of Professor Zdeněk Benda, also a Czech Philharmonic musician. He graduated in 1983.

While studying, he played with the Prague Madrigalists of Professor Miroslav Venhoda and a Czech Philharmonic chamber ensemble, where he played the double bass as well as the recorder and crumhorn.

He lives in Prague with his wife Hana, a singer, with whom he has raised three sons, all musicians though interested in different music genres. He likes to spend his free time in the garden, enjoys skiing, beer and music.