In Czech Philharmonic
since October 2018 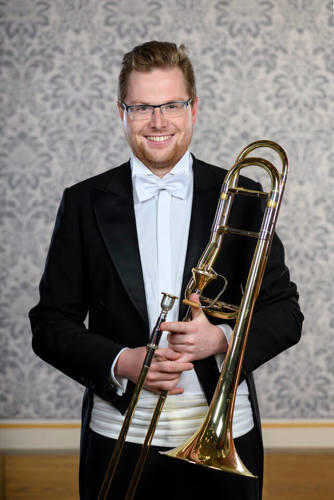 He received the Yamaha scholarship in 2015. He has attended masterclass courses with Enrique Crespo (Lieksa Brass Week) and played with the Czech Philharmonic within the orchestral academy programme in 2014–2016. He studies the trombone at the Janáček Academy of Music and Performing Arts in Brno with Associate Professor Robert Kozánek. In 2016, he became the principal trombonist of the State Opera Orchestra in Prague.