In the realm of interpretation, it has been my seemingly unattainable dream for audiences to get the chance to perceive the music as it was heard and realized by Beethoven, Dvořák, or Hindemith, but for listeners to hear nothing that is just Ondřej Vrabec. We performing artists are fortunate to be able to understand the composer’s language through the staves, notes, beams, clefs, and slurs, but the composer’s own relationship to the music, analogous to a conversation with the Deity, is something far above us. We therefore have no right to violate or modify the music in any way at our whim. It is simply our unceasing privilege to serve the music.

In spite of his age, the conductor and horn player Ondřej Vrabec (1979) is one of the most seasoned Czech artists. Though the majority of his recent musical activities is represented by conducting, he benefits from his rich artistic experience derived from  intensive concert career of soloist, chamber and orchestra player dated long before the threshold of his adulthood. In mere 17 years, he sat down for the first time on the first chair of horn section of the Czech Philharmonic Orchestra and two years later, he was definitely appointed a solo horn player of this orchestra.

He is a graduate of Prague Conservatoire (horn – prof. B. Tylšar, conducting – prof. V. Válek, H. Farkač, M. Němcová, M. Košler) and of the Academy of Performing Arts in Prague (conducting - prof. R. Eliška, J. Bělohlávek, F. Vajnar and others). He has complemented his studies with frequent master courses (such as London Masterclasses, Hornclass, French Academy in Telč etc.), the most precious impulse for forming his artistic approach was the cooperation with the elite of world wind instrument school (Sergio Azzolini, Maurice Bourgue) and artistic support from some of the very top conductors of today (Sir John Eliot Gardiner, Jiří Bělohlávek, Benjamin Zander and other).

He holds the title of the absolute winner of the competition of conservatories in Ostrava, he has gained several other laureaute titles as a chamber player (Concertino Praga, the competition of the Mozart Society etc.) In 2007, he ranked the 4th place in the Prague Spring International Conducting Competition, he gained a honorary mention of the jury and other two special awards for the most successful Czech candidate. In 2015 he was finalist of the Tokio International Conducting Competition and gained Honorary Mention.

He created an extensive sound recording library for Czech Radio and several gramophone titles. The profile CD of Brahms Trio Prague, realized in a unique manner in his own music and sound directing, has gained great responses of critics both at home and abroad. The reviewer of the prestigious American magazine Fanfare termed it probably the best world recording of Trio Es Dur, op. 40 by J. Brahms being realized so far. Ondřej Vrabec has inspired, both in direct and indirect ways, the emergence of many contemporary compositions for various instrumental casts in combination with horn. Most of them are dedicated to him and were usually performed or recorded by him in a world premiere. Also his pedagogic activity has been gaining more and more respect – he leads master courses (Japan, Canada, Great Britain, Czech Republic) and he regularly cooperates with the Japanese educational society And Vision Inc. Tokio. Students from various parts of the world have been coming to his private lessons to the Prague Rudolfinum.

His opera performances include world premiere of operas "Lists of Infinity" by Martin Smolka and "Encounter" by Mojiao Wang and also two complete productions of Figaro's Wedding at the opera in Ústí nad Labem and at the Theatre Komedie in Prague. In 2011 he conducted the first-ever tour of the Prague Philharmonia to South Korea, in 2012 he led the same ensemble on its premiere tour to China.

In cooperation with the Czech Philharmonic Orchestra he has recorded 3 CDs so far, which includes complete symphonic work by brittish composer Andrew Downes (Artesmon/Czech Philharmonic label), Planets by Gustav Holst or Symphony No. 2 by Arthur Honegger (Octavia Records, Japan). He also leads rehearsals of this orchestra on behalf of world famous maestros such as Sir John Eliot Gardiner, Valery Gergiev, Manfred Honeck, Jiří Bělohlávek (usualy on their own request). Together with the Czech Philharmonic Collegium, he recorded another two gramophone titles – the DVD „Transformations“ (published by Universal Music, announced as the disc of the year) and the CD of concertos for violin and viola (with Gabriela Demeterová, published by Supraphon). In January 2017 he will debut by the New Japan Philharmonic in Tokio. 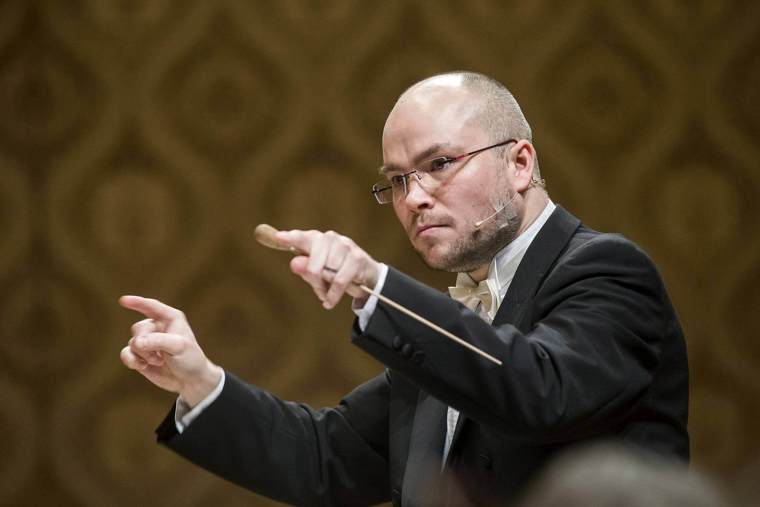 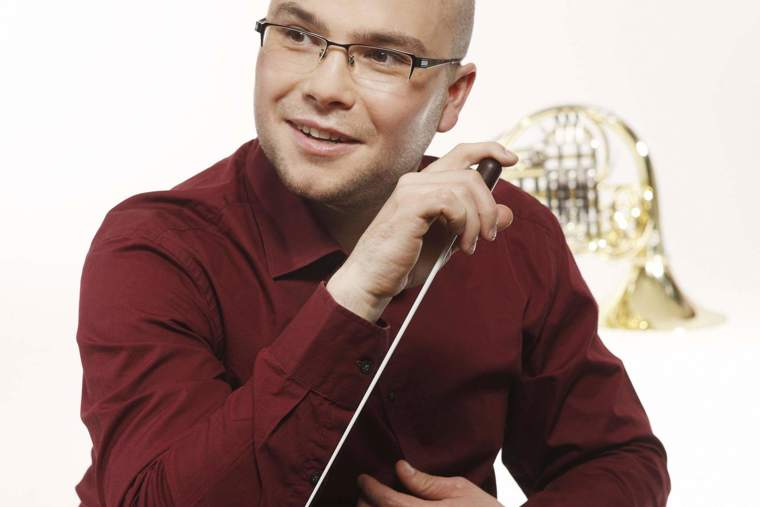 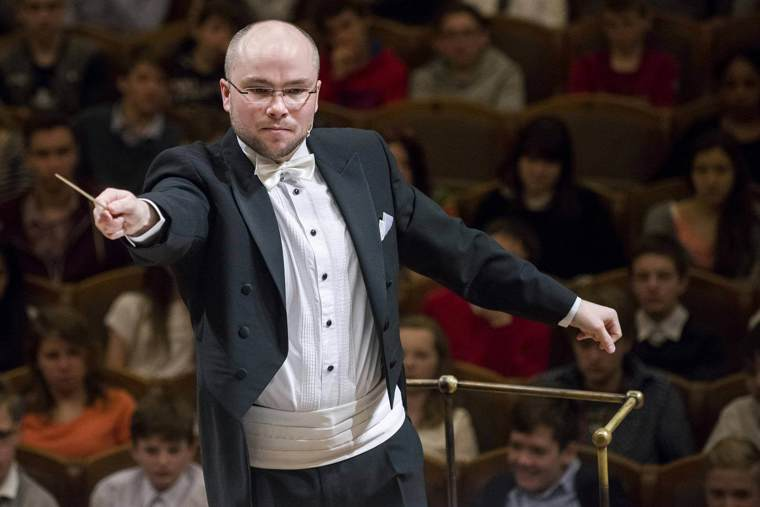 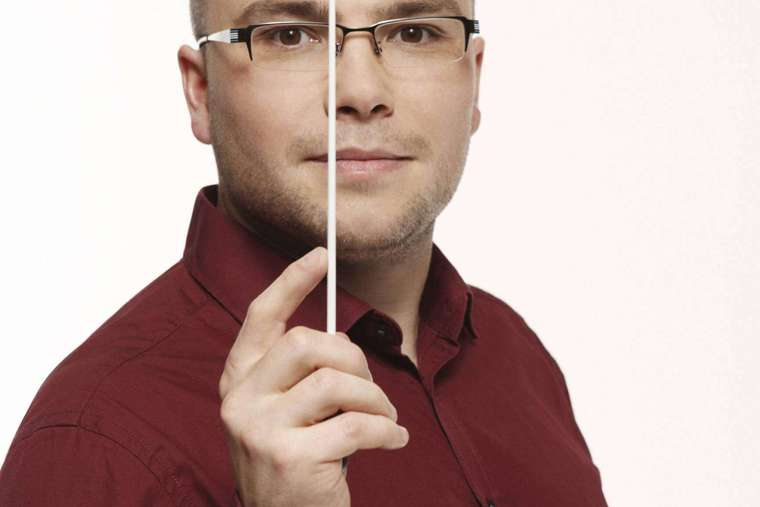 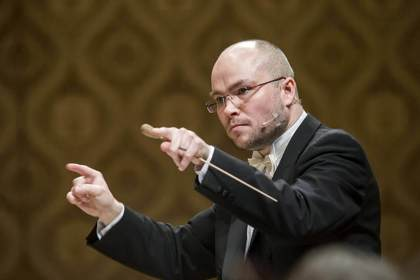 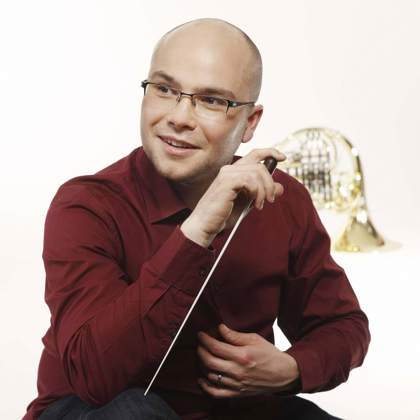 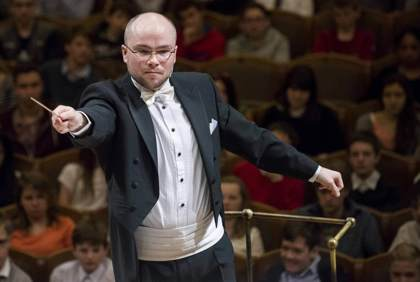 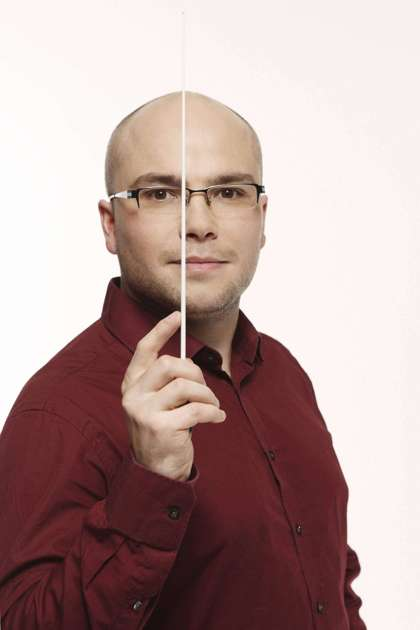